Our experts at Grant Pearson Brown Consulting can analyse and coach you on your body language and facial expressions so that your actions emphasise and support your words. 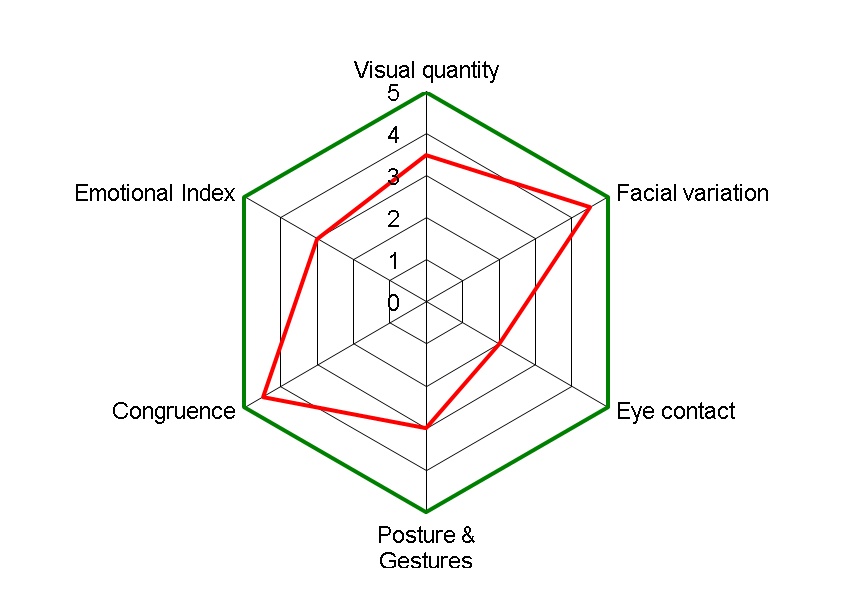 Congruence looks at whether the facial expressions, and other non-verbal communication such as body language, match the semantics (the words spoken) and the sound of the voice.

Research since the 1970s has shown that where there is incongruence between the words and the non-verbal expression, the non-verbal communication is overwhelmingly the more believed (Prof. Mehrabian et al), so it is vital to know the degree of congruence, and if incongruent, the specific areas of expression that differ. This involves a detailed look at the upper and lower face (which tend to be controlled separately), and any body language ‘tells’. All this is then compared with the voice expressions and the words spoken.

We make video recordings of the same samples that are used in voice analysis, using both wider angle to show body language, and close-ups to show facial expression and analyse the contents using the FACS method (Facial Action Coding System) created by Prof. Paul Ekman (University of California).