‘We are lonesome animals. We spend all of our life trying to be less lonesome. One of our ancient methods is to tell a story begging the listener to say – and to feel – “Yes, that is the way it is, or at least that is the way I feel it.” You’re not as alone as you thought.’ John Steinbeck

Storytelling has been in our blood for thousands of years; it can even be argued that a cave painting created over 30,000 years ago tells a story.

In more recent, though still ancient times, Sheherezade is said to have saved her own life by telling more than a thousand stories (known to us as The Arabian Knights) and Homer’s epic storytelling through The Iliad and The Odyssey are still widely studied and quoted to this day.

Richard Rorty, 20th Century American philosopher, considered one of the great thinkers of his time, advocated influencing people’s feelings rather than their minds, and asserts that one of the best ways to do so is to tell sentimental stories.

He maintained that great stories ‘reduce cruelty’ and ‘expand sympathy’; creating solidarity and enabling us to move towards a just and equitable culture.

Culture can therefore be influenced and transformed as well as preserved, as it is in many indigenous tribes throughout the world.

The indigenous tribes of North America, for example, have kept their great oral tradition of storytelling alive, preserving their culture as well as entertaining, educating and informing each other. Other examples include the Aborigines, Inuits, Bedouins and the Bushmen of the Kalahari.

As Robert Moss says in his book ‘Dreamgates’:

‘Australian Aborigines say that the big stories – the stories worth telling and retelling, the ones in which you may find the meaning of your life – are forever stalking the right teller, sniffing and tracking like predators hunting their prey in the bush.’

‘Australian Aborigines say that the big stories – the stories worth telling and retelling, the ones in which you may find the meaning of your life – are forever stalking the right teller, sniffing and tracking like predators hunting their prey in the bush.’

Storytelling appears in many guises. Many stories are told through dance and movement as well as the spoken word; others through the words and music of a song; still others through opera and of course also through film and theatre.

The performer is every bit as important as the writer in conveying the story, so that the audience can sympathise with the characters. If we can’t get a feeling for what they are going through, then the story really has very little meaning for us.

We tell stories through poetry, music, theatre, film, still images, paintings – even nursery rhymes (see my previous article!). Our enduring fascination with the genius of Shakespeare’s retelling of often well-known stories illustrates how important storytelling is still to adults as much as to children. 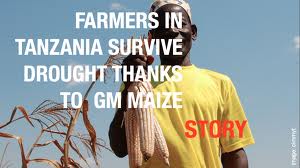 So, what of the relevance of stories in our business lives? As Michael Margolis states in his widely distributed e-book ‘Believe Me’, the best stories create continuity (from past to present to future). In doing so, the audience is drawn in rather than alienated. From this standpoint, the author can influence and persuade.

There are also many more of us writing and publishing our own stories, for example on websites, blogs, Facebook and Twitter. Of course, some do so better than others whilst blogging sites proliferate across the internet.

Perhaps more interesting for those of us in the business of coaching people in speaking persuasively, more and more people are taking to platforms and stages across the commercial world to sell and market our ideas, and ultimately our products and services.

Every day I receive a dozen more emails inviting me to hear this or that speaker on how to make millions through internet marketing, for example, or sell my book, video, etc. Storytelling can be a compelling part of these presentation forms.

We often hear of the ‘gift’ of the performer or storyteller, but really this is about mastery of your craft.

Developing well-balanced content, perhaps using some images, or even only images, and then using the power of your voice to illustrate the words used is a craft, as much as genetics.

Whether you do this frequently or just occasionally, in a meeting of 5, a pitch to a client with only 10 people in the room, or from a stage to an audience of hundreds, there’s something thrilling about an orator who has mastered all the devices at their disposal.

They set the scene for us, and use not only logical facts and figures, but also an appeal to our emotions and our sense of fairness (Aristotle’s three appeals) to bring us to their point of view.

Those speakers who can truly entrance and engage an audience do so through these and other tools of our trade, whether it be the pitch of their voice, their modulation or intonation; eye contact with many audience members, as well as a good vocabulary of gestures and facial expressions that align with the words spoken.

Who knows… perhaps our stories can prove Richard Rorty right and make us more humane and sympathetic, through being inspired and transformed by stories in all their many forms.