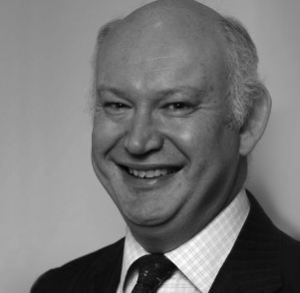 Do you call a spade a “spade”, or do you call it a “manually-powered digging apparatus”?

All professions use jargon. Doctors and surgeons sprinkle every conversation with references to obscure ‘conditions’ that the rest of us call illnesses. Lawyers love throwing in Latin phrases such as ‘mutatis mutandis’ and ‘pari passu’. Sailing types go on about sheets (ropes), lines (ropes) and halyards (ropes). Business is no different. Encouraged by management consultants and business school professors, we have all learnt to leverage our capabilities, focus on our core competencies and work on our adjacencies. We make sure our white papers have key so-whats and our presentations normally have key takeaways. In fact, ‘key’ is a key word to throw into almost any discussion, memo or presentation, key or otherwise.

I’ve even heard managers talking about the ‘key’ KPIs they have decided to use to monitor their business. KPIs are, of course, Key Performance Indicators, so what they’re telling me is they want to monitor their Key Key Performance Indicators. Perhaps their KPIs aren’t so K after all? So why do we use all this jargon? And why do we take such perverse pleasure from it?

It’s not a new phenomenon. Over 200 years ago, the epistemologist Étienne Bonnot de Condillac said that “every science requires a special language because every science has its own ideas.”

We use jargon to communicate precisely what we mean to other professionals. Thus a ‘core competency’ is something subtly different from a ‘core capability’ or a ‘core skill’. To those in the know, jargon helps understanding. Like slang, it’s convenient, quick and easy to use. It’s our common language.

But we also use jargon to signal that we’re members of the club and to exclude others. If I talk to you about an ‘adjacency’ rather than ‘a similar product or sector’, I get to look and feel pretty clever. If you understand what I’m on about, you do too. We both bond a little. 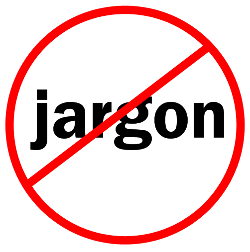 For a business leader, however, this act of exclusion is a problem rather than an advantage. A CEO doesn’t just talk with her or his senior team or others ‘in the know’. Unless the business is very small or specialist, a Chief Executive using this nonsense (or ‘special’ language, if you prefer) will put off the vast majority of the people in the company. They will feel out of the loop, that the senior leaders are disconnected from them. They will switch off.  For this reason, the best CEOs resist the temptation to carpet-bomb their staff with gobbledygook. They use plain English whenever they can, the sort of English they would use down the pub. For some, this comes naturally. For others, they have to work consciously to cut out the managerese.

Jamie Dimon, CEO of JP Morgan Chase, admires Warren Buffet’s use of simple language: “My Chairman’s letter [in the annual report] was modelled on his – explain to people what you’re doing as if you’re writing to your smart sister.” In a financial services industry replete with egregious examples of manager-speak, such clarity is to be prized. Just as some leaders like to hide behind their desk or lectern, managerese can form a comforting barrier.

Lucy Kellaway at the Financial Times has made a career out of exposing the worst examples of managerese. The best examples come from the speeches and emails of bosses in the tech industry, particularly the leader s of businesses built around communication itself. My particular favourite is this peach written recently by Dick Costolo, CEO of Twitter: “As we iterate on the logged out experience and curate topics, events, moments that unfold on the platform, you should absolutely expect us to deliver those experiences across the total audience and that includes logged in users and users in syndication.”

This is almost incomprehensible to a normal human being. Lucy Kellaway had to ask a ‘young colleague’ what Costolo was on about. The translation? “We want to make  money out of people when they are on Twitter — and when they are not on Twitter.” Clear as a bell and short enough to tweet… unlike the original. And in English.

As James Herriot (the vet) said, cultivating a simple style takes time. A good rule is to take out all unnecessary words. We love repeating and reinforcing a point to ram it home, but along the way meaning gets obscured. If you can say it in fewer words, it is lways clearer. This requires conscious effort. As Woodrow Wilson famously said,  “if it is a ten-minute speech it takes me all of two weeks to prepare it; if it is a half-hour speech it takes me a week; if I can talk as long as I want to, it requires no preparation at all. I am ready now.” So, please take the time and effort to cut out the jargon. Your colleagues will thank you; your investors will reward you.

By Patrick Macdonald, a GPB client and Partner at The School for CEOs.

A shorter version of this article is also available at the School for CEOs website by following this link: Here

Ewan Pearson at GPB is a member of their Faculty. See www.schoolforceos.com for further details.