It is said that the eyes are the ‘window to the soul’ and that facial expression is the only universal language spoken by mankind. It is also said that Facial Expression (FE) is one of the major elements of visual communication; it is supposed to display our emotions (or lack of). It is also said that to be fully persuasive you can only do so if you communicate on both a rational and an emotional level.

So, what you see is what you get.

Yet when we speak we are at a disadvantage, as we alone can’t see ourselves; our audience can. So it is important enough to worry about, and can we coach it?

Actually the first problem facing scientists in this whole area seems to be defining what an emotion is. There is only partial agreement. Some say emotions are biologically innate, others have said that they are ‘Natural Kinds ‘(defined as ‘a group of items that are inherently equivalent’. I know, I don’t understand that either).

Without this what hope do Facial Expression readers (the audience) have? Actually it seems most people can agree that what they see on faces are emotions, and which one is which. Paul Ekman even calls it the only truly universal language ‘spoken’ by mankind. I would put it differently, that what we see suggests a specific emotion: so, a smile means we’re happy, a frown means angry, a sad face means we’re sad, and so on. Pretty easy stuff, surely.

There were considered to be six basic emotions: happy, sad, angry, fear, disgust and surprise. Now the list has been pushed by one leader in the field, and our already quoted local hero, Professor Paul Ekman, to 21 basic emotions. It is also quite normal to show a mix of emotions, as shown by an interest project summarised with some articles in the newspapers a couple of years back. but let’s keep things simple for here and now.

Scientist experiment to test how well people read these emotions by showing still phots of people with the chosen emotion, and they ask the viewers to ‘read’ those faces. Once you do this enough times, you build up good data about which facial expression is which emotion, and how easily or otherwise it is for the viewers to tell one emotion from another, or none. We do short versions of these experiments too, on many of our workshops, and the results are compelling: We can all read basic emotions on faces very well.

Even our very subtle sample – of a face showing what is classically called contempt (a unilateral lip corner raising, as you asked) – people shout out ’contempt’ or a word that is close, such as smug, cynical, or sceptical. 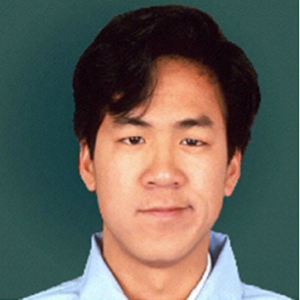 The classic look of ‘contempt’

This proves that we, the “amateurs”, can all read faces, thankfully without having to attend a university degree course on the subject. That’s important because if you flip this point round, you realise that whatever is on your face will be read by an audience.

Not only that, to make things worse, your face is always on display to an audience (Ok, not when you are on the phone), and yet you can’t see yourself, so you cannot be sure what your face is saying. That neatly brings us to the conundrum: How can we coach someone’s face to do the right thing? And how to do that when we don’t really want them to do all their speaking whilst doing a ‘selfie’? The answer we have developed over the years is a combination of things: analysis, congruence and video.

We often do a Visual Analysis for our clients. This involves taking video samples (up to 4) and getting our analysts in Geneva to produce a Visual Report. This will contain reports on such things as Facial Expressions, Eye Contact, Gestures, Posture and Movement. The FE report will tell us whether people showed the correct emotion on their faces, and to what degree.

Often we see FE reports that could be summarised as describing a ‘Poker or Botoxed Face’, one that does not change from emotional neutral even with the emotions clearly intended from the content of what is being said (e.g. a happy story). In such a case we are getting mixed messages:   “S/he says she’s happy, but s/he looks like s/he’s just saying it because it’s important to say so.” That in turn leads to doubt, confusion or even disbelief.

That takes us to the subject of Visual Congruence. This is the match (or mismatch) between what we see and what someone says. Discongruence is a bit like inverse correlation, the two are going in opposite directions. This position we would say is more of a problem, as it means we are getting opposing messages. For someone who exhibits this on their face, we will believe what we see over what you say. You can say you are happy and look sad or angry. This is not good! We use this analysis to inform much of our coaching.

Video filming is useful, although widely disliked, as it does tell us what the presenter’s face is doing over time, so is better than still photos. We can film fairly unobtrusively now, with mini digital devices, or even a phone, and the quality of image is very high. This allows us to review the footage, pause and slow play, and see what’s happening.

The key thing though is the coaching. We don’t ask people to try to change a facial expression. Have a go—the results are pretty amusing, but not usually effective as we become self-conscious, and put on fake and often silly FEs.

Instead we focus on what the baring is doing. We know that we can effectively coach better FE if we can get the brain to think the right things. The FE follows, so we get the presenter to think the emotion. This comes best by working on the content, and making that properly and personally emotive. So we ask them to include personal war stories, to think and realise that what they are doing is a positive event for them and their firm. This is the most profound basis on which to build good, real emotional displays. So the tips list here is pretty simple:

First, work your content into a form that is appropriately emotive, with variations in emotion perhaps as you move from subject to subject. This will make the emotion genuine.

Third, film it using a smartphone or similar so that you can play it back and reassure yourself that your face will be read in the correct way. So, what we get is what you want.