Thaler was particularly lauded for his work on Nudging, which has provided a much more scientific understanding of how people think and behave when making economic decisions. Whether it’s how to tax the Brits more skilfully, what people invest in, what they smoke, whether they opt in/out of organ donation, or what they buy the family for Christmas, Thaler and his co-author Cass R. Sunstein1 have provided a hugely important insight. 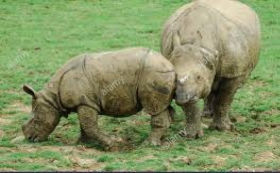 ‘Nudging’ might be paraphrased to mean the altering of people’s behaviours without their being aware, not by compulsion, but by clever ‘positioning’, whether literal or metaphorical. It can be highly persuasive.

In case you’re not familiar with the Scottish term ‘Numpties’, it refers to people who lack knowledge or have a misconception of a particular subject or situation. I start there because my first reaction to nudging is to question whether it is even moral. I think that it is, in some cases, provided that the nudge (a) is based on good evidence, (b) does not include bans or have a bias in the payoffs that result for the initiator, (c) is a force for good, and (d) allows an even-handed choice. This last provision could immediately mean no nudge is moral, as the choice is always deliberately biased, and is selected to steer the responder, like a coxswain, in a pre-set direction, albeit a ‘good’ one.

Here are two examples: First, many school canteens now encourage healthy eating by putting the good food at the front where it is easily seen, and the fat sticky buns at the back of the counter.

Secondly, The UK Dept. of Health has used nudging to increase organ donation by making the default position is you are opted in; you have to choose to opt out. This is good for us, but’ it seems very ‘nanny state’. Note that this is a different approach to, for example, the advertising used to get people to give up smoking or speeding.

I want to explore here how nudging might apply – if at all – to managing and advising clients. Do we think that you should create nudges, or is this immoral, somehow cheating? Is this approach an insult to clients, treating them as numpties when we should serve them with trust and integrity?

These are hopefully longer-term moral dilemmas than we face with the Christmas shopping, and are mullings you can all ponder at will whilst you finish Christmas mulled wine and the cold turkey off.

In the advisory environment, there have always been nudges, and these have largely gone un-noticed. And no, I don’t mean the ‘pick me, pick me’ option over your competitors.

1) Within your own and your client’s options, where you place your preferred option in the sequence, with the Primacy and Recency effects (going first and last) among the better known.

2) The presenting of what at least seem like equally weighted options on your advice with subtle but persuasive narrative arguments put in favour of the option that is desired most by the client: “You can choose equally from a, b or c, but b is best because…”

3) The use of slides to present one option as better than another by both the design and positioning in the deck.

4) Something put in pre-text or an appendix is always de-emphasised vs. an argument put in the main deck. This is a common approach to risk factors, and I think this does explain some of the many bad investment decisions we have all made. Hence why regulators are always taking regulation back in the direction of putting risk front and centre, for example with the important but tired health warning that when investing, “the value of your investment can go down as well as up”. This warning is very tired, and whilst totally valid is ripe for a freshen-up.

5) The use of vocal and visual tools. We may not even be aware we’ve done so, but we introduce nudges, or bias, into what we say by the way we say something, dialling up the vocal enthusiasm and visual gesturing when we have a preference for one option over another.

Speaking of refreshing tired warnings, there is a lovely example you will have seen if you’ve travelled much with British Airways. Their safety video used to feature avatars and one voice over, telling you how to buckle your seat, position yourself for an emergency landing and so on. Now they use well-known and admired actors, and the video purports to be an audition for their roles in the safety video; it uses a lot of humour and wit, as well as higher production values. I have since watched for the passengers’ reactions, and noticed that now almost everyone on the plane (including me!) watches the video, starting from the point that they notice there is something new and funny to watch. I am sure this nudge will improve passenger behaviour; it also makes BA a slightly more fun airline to fly with, which is good all round…

Nudging is already there in advisory work, and also in other CRM scenarios such as pitches, sales meetings and sales calls. So long as we use nudging to steer the recipient in the better direction for them, are even-handed and don’t treat people like numpties, I think this is acceptable. You may differ!