It’s easy to think that there is only one way to communicate effectively in the commercial world. Our predominant discourse style in the UK can be classed as aiming for “C.B.S“ or “Clarity, Brevity, & Sincerity”.[1] We at GPB regularly help clients with these key elements when they are presenting, pitching, or communicating with colleagues. Yet, there are occasions when making your communication more direct is not the direction to go.

For example – allowing for individual differences – a simplistic version of one such difference is that while we in the West (USA & Europe) believe that being direct and unambiguous is nearly always the best way to communicate, indirectness and ambiguity can often be desired in East Asia countries such as China and Japan.

There are several of theories as to why this is so. Perhaps the most compelling is that of the differing evolution of the natural discourse approaches. In the 1600s the Royal Society in London began deliberately to employ the C.B.S style for scientific reports and discussions. As progress in science and technology became associated with economic advancement, this discourse approach became the staple of communicating in business.

Coupled with this, political philosophers such as John Stuart Mill and Jeremy Bentham proposed their post-Enlightenment political ideology of Utilitarianism. Utilitarianism suggested that the principle of the greatest happiness for the greatest number of individuals was best to progress society. The ideology advocated that whatever advanced the material wealth of the individual must be good. Therefore, discourse of “C.B.S.” that had been adopted by the world of business became recognised as “good”, without it being so necessarily on merit.   Utilitarianism is still a hugely significant part of the socio-political and cultural fabric of Western society; therefore, C.B.S is still thought to be the optimum way to communicate by the people within it.

Contrary to this, discourse systems in countries such as China and Japan have been heavily influenced by Confucianism. At the risk of oversimplifying, Confucius taught that happiness was not dependent on the economic and material increase of individuals; rather, happiness turned on learning and moral cultivation. Part of this was a high degree of reverence for your society, especially your ancestors and family, from whom you could learn. The individual was only one small part of a greater network: what was good for society was what maintained the balance of these relationships.  Maintaining a degree of harmony is therefore core to the discourse systems of Japan and China.

What practical differences does this make when communicating? Well there are some obvious elements such as a more indirect use of the language in order not to offend.  For instance, I know of one Senior Manager newly arrived in Japan who in a meeting on a Friday morning asked for a specific report to be delivered to him on Monday. His Japanese colleague paused, as if deep in thought, and then replied “It is not convenient”. 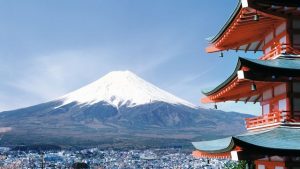 To anyone with any knowledge of working with Japanese clients or staff, this clearly means that there was no way on earth that the report could be provided. The manager, unaccustomed to this type of indirect comment took it literally and began to argue for its convenience. The Japanese rarely, if ever, say no: “maybe” and “possibly” are usually the closest you get to this.

Maintaining the face of yourself and your interlocutor is key here too. As mentioned, harmonious relationships are important, so often you may find a Japanese or Chinese counterparties seemingly agreeing with you, but in reality not truly seeing eye-to-eye with your point. It is often more important in these instances to appear to agree whilst face to face in order to maintain harmony.

Two further points are worth mentioning. Firstly, any system of language use is simply a code of establishing the signifier and signified: like all codes, messages are only communicated if all parties have learnt and understand it.  This is the core problem with any intercultural communication: even if you are speaking the same language, you may be applying the code incorrectly. For example, you learn when a ‘yes’ actually means ‘no’ by reading other parts of the code such as body language, tone, and context. 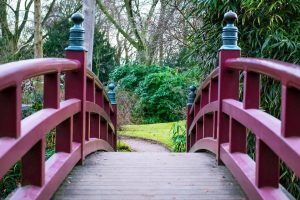 Secondly It is essential to understand that when we view another discourse system through the framework of our own, we inevitably don’t understand it and therefore find it faulty. However, this is just a perspective of quality and not actually accurate.  The different systems are driving towards the same goal (ultimately, increased happiness) but have evolved through beliefs that there are two different definition of what this is and how to achieve it. Neither are exclusively right, neither are exclusively wrong.  Both have their strengths and weaknesses

What’s the key coaching point? When working internationally, try to understand as much as you can about the other culture’s discourse system they operate in.  Sure, you can’t know it all – but any attempt to accommodate (in the genuine, not the ingratiating, way) will be well received as a sign of respect and courtesy.