Whilst that old chestnut seems sensible enough advice, there is a flaw! There is strong evidence that people’s commitment to listen depends on how you start, and this bureaucratic, traditional and predictable start won’t necessarily have people saying “Wow, I really must listen to this person.”

We do not think this old adage is best practise, and at best will get you ‘average’ on the feedback forms. So let’s see if we can’t do a little better.

Starting well is particularly relevant at a conference. Imagine you are the third speaker on the second day. How can you get the audience to sit on the edge of their seats and listen intently? Here is one way which may not work:

“Good afternoon my name is John Smith, I am sorry I’m late and it’s a great privilege to be speaking to you on this august occasion in this wonderful venue. I am indeed honoured to have been asked to speak in the company of so many leaders in this area of web-based process management analysis. It’s not the most fascinating of subjects, you some of you probably know most of it already, and I am sorry I haven’t had much time to prepare but hope you will bare with me.

Perhaps that’s not the best way to start…

Apologising up front and implying the topic is boring is deadly. Of course if you are late then a quick but sincere apology is fine. As for set piece jokes – leave them to comedians. Light hearted humour is fine if the context suits it, although it must not offend or distract. 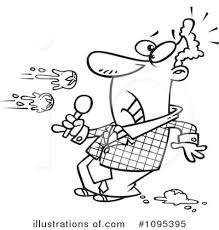 So what should you do?  This is where you have, with care, to aim to keep their attention. There are a number of ways. These three techniques (Bait, Verbal Imagery and Bottom Line) are well known to speech writers:

This is the use of a powerful piece of information such as some data that shakes the audience out of their comfort zone.

Good bait leads to a good catch at the end of the day.

Here is an example of the bait start:

“Every 90 seconds someone will be reported as missing in Britain. That produces an annual figure of 350,000. But it’s not quite as bad as it sounds, as within 48 hours 90% of them are found. The statistic we need to be really concerned about is a figure of about 2,000 who go missing for prolonged periods or go missing for ever. That is still shocking – almost as many as the number killed in road traffic accidents. We cannot calculate with precision how many missing people are returned to the fold as a direct result of our charity’s work, but we know it’s many….

So why are we asking you to contribute when there is such doubt, and there are so many competing calls, all of them worthy?” 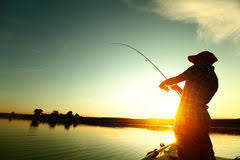 This is where you paint a picture or describe a mental video of a place, a time, and/or an event. An example might be:

“Imagine Hyde Park in London. You see it covered in rubbish to a depth of 15 feet everywhere. That’s the amount of rubbish that is fly tipped in London every day. Let me tell you what we are doing about this challenge.”

Instead of a long and detailed argument you cut to the chase, the key point. So for example, instead of talking in technical and/or complex terms about ways of increasing the efficiency of a new plane the presenter started by saying:

“If we can reduce slipstream friction by 8% then we can reduce noise levels significantly and reduce fuel used by 3%, dramatically improving profitability. Let me tell you how we will achieve this.”

The graph below, summarising GPB’s own research, illustrates the different effects of an ideal start and an average one. Whilst attention levels in both cases start at close to 100%, it falls away quickly if the presenter’s opening piece fails to pass the test of winning the audience over to listen further. 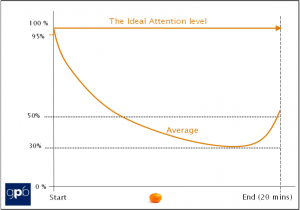 Many of us, when we start our talk, are keen to say something nice but unimportant (to warm up), and list what is about to follow.

But gaining and keeping people’s attention is about dangling something in front of them that will make them want to hear more as well as focusing them on the purpose of the talk.

Of course too dramatic a start can cause an adverse reaction and in some cultures would be seen as too pushy.

Observe your own reaction to other people’s presentations. After five minutes are you hanging in there or is your mind wandering?