Podcasts are not new; they have been around for 15 or more years. Originally borrowing much from radio formats, they now have their own individual identities.

Pronounced dead by many in the new technology sector several years ago (I was never convinced), podcasting has recently enjoyed a major resurgence.

When YouTube burst on the scene with its shiny, bright videos on all manner of topics podcasting suffered a slump, but the latest figures from Rajar (Radio Joint Audience Research) indicate that 6m of us in the UK listen to a podcast each week, a major leap from 3.8m in 2016.

The most compelling recent research findings though are from Edison in the US. These show podcasting’s high dwell time, with consumers spending an average of 20 minutes listening to a podcast episode.  Startling compared to the average time we spend on a website – a few seconds! 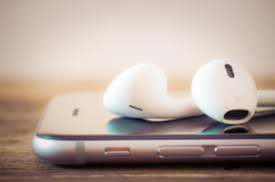 There’s no doubt that exponential growth of smartphone usage has played a big part in this increase, alongside freely available Wi-Fi and attractive data bundles included in mobile contracts.

Commuters can easily download and listen to their favourite podcasts travelling to and from work.

With a dizzying choice of genres – drama, comedy, factual, documentary or history shows – there’s something for everyone.  In the business podcasting niche, the Financial Times alone has 16 podcasts. And if you have a thirst for self-directed learning there’s a ‘how to’ podcast on any subject you can imagine. The BBC has an impressive choice to suit all tastes. Even Spotify jumped on the bandwagon last month, launching its first podcast, ‘Ebb & Flow’, hosted by Jasmine Solano.

Such is podcasting’s popularity in the UK that it was given its own award ceremony last year (the British Podcast Awards) and last month the London Podcast Festival was hosted in the capital for the third year running.

There are many professional broadcasters and actors in this space, but there are also many experts in their field invited to be interviewed by the thousands of podcast hosts, some with huge audiences, others far smaller.  Often guests will never have had any media training or, more importantly, specific vocal training.

Because podcasting is an auditory medium, the focus on the voice is even more important than in a video or a live presentation.  Working with a client to prepare them for interview with a high profile podcaster in their market niche, we will probably focus our time on reducing disfluencies and ensuring that pitch modulation is used for emphasis rather than volume.

Pitch Height is also important, although what we each find vocally attractive varies from person to person.

For example, some men find a high-pitched woman’s voice more appealing than a deeper-pitched one. Personally, I find high-pitched voices impossible to listen to for a prolonged period. 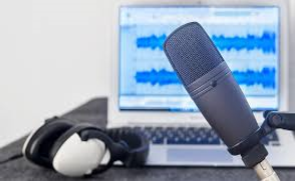 I am one who dislikes nasal resonance (whether male or female). This could be because I have a strong auditory preference (a musician and voice coach). Your preferences may be quite different!

To illustrate this, I spent some time analysing the vocal features of two well-known podcasters, using as my source material the interview done by Andrea Joy Wenburg of Amy Porterfield in Andrea’s podcast ‘Voice of Influence’.

Basic scientific analysis of voices can be done using software freely available from the internet, such as Wasp and Praat.

I found Andrea’s voice hard to listen to, whereas Amy has several vocal qualities that appeal to my ear such as a deeper average pitch height (168Hz), which often indicates higher dominance and therefore implied status), good pitch modulation (the amount and size of ups and down in our voice), and her moderate use of volume as a tool for emphasis.

By contrast, Andrea’s average pitch height (253Hz) is high. Also, her voice is breathy with much nasal resonance. In addition she tends to use ‘upspeak’, going up in pitch on the last few syllables of each phrase, and this makes her statements sound like questions, or as if she’s not quite sure. Taken all together, it’s a pretty annoying sound!

Award-winning podcaster, John Lee Dumas, is one of the higher profile figures in US business podcasting, launching Entrepreneur on Fire in 2012. Three years later he was featured in Forbes. He spotted a gap in the market for a certain type of business podcast, and now produces (with his wife) a hugely popular show, publishing an episode daily from his home in Puerto Rico.

Although his guests and content are impressive, I’m not a fan of his voice. He, like Andrea, has high average pitch height, overuses nasal resonance and speaks rapidly. But that doesn’t seem to deter his massive fan base. JLD (as he calls himself) has attracted millions of regular listeners to his show since it started, and it seems that is mostly to do with the guests he has on:  He has interviewed over 2,000 entrepreneurs, including Tony Robbins, Seth Godin, Barbara Corcoran and Tim Ferriss.

If you are invited to be interviewed on a business Podcast, here are some tips:

Prior to the interview:

Just before and during the interview:

Download a pdf of the article here: Podcasting, the Voice and You