There is a common word in our line of work, Glossophobia, literally meaning the fear of speaking. It seems to be getting worse, why is that?

There has undoubtedly been a revolution in communication which seems to escalate as months and years pass by.

Long gone are the days of sending faxes, and we have all noticed the visible movement away from sending physical letters in a stamped envelope. It’s got to the point where getting one has become both something special and at times even something rather scary, whether you recognise the handwriting on the envelope or not. 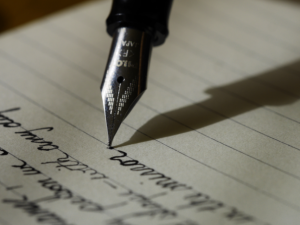 How quaint – an actual letter

Nowadays, from our office stations, we can send quick and easy emails for everything – to communicate our marketing, our directives, what we want for lunch, what we think of co-workers, our travel and accommodation requirements, as well as other general areas in which we need to communicate.

And it has not stopped there. “Messaging”   has gone way past email and texting, which is now considered a slightly quaint and antiquated form of communication by many millennials, to apps such as Instagram, WhatsApp, ShapChat and Facebook among many.

Is it this shift to constantly available and ease-of use communication that has made email our go-to Modus Operandi? Is it that much better than picking up the telephone or even talking to colleagues or clients face to face?

It is certainly noticeable that more and more people of all ages, but especially millennials, are communicating socially by WhatsApp and its fellow social media Apps, rather than text message and both seem to have undoubtedly superseded talking on the telephone.

This change has blurred into work messages now; for example I found it particularly intrusive when a previous work peer would send WhatsApp messages round.

This also begs the question whether we are now expected to be continuously ‘on’, both at work and in our own social circles.

I have an 18-year-old family member who communicates with his peer group, almost entirely via his headset when he is gaming. Despite that, he and his friends are focused on their chosen subject matter – Warcraft 2 or the like – at least he is using actual words.

The majority of my friends and family communicate through WhatsApp, and there are multiple groups as well as individuals that use this method over and above email, as it is easier and quicker to share. It is also more secure.

My personal feeling is that it is very difficult to communicate meaning, feeling and certainly intonation in a typed message – no matter the number of emojis you stick at the end of a hard to deliver sentence. Added to which, there are so many of them that emoticons alone have started to become a form of language, taking us way back to a form of communication used thousands of years ago – the ancient Cuneiform writing using icons.

I have begun to investigate why people use messaging more and more, over and above talking directly.

It would appear that the overriding reasons are: speed, conformity (with the social norms of other members in a social network), and privacy.

The most worrying reason is probably the  writer’s perceived freedom to ‘say’ something  negative or hostile. This  might be  either socially unacceptable to say face-to-face, or it might be too embarrassing to say over the phone, or that others might be likely to hear….

It may also demonstrate cowardice on the informers part by which they can gain themselves the title of ‘email warrior’ even though the content can so easily be sent on elsewhere multiple times and instantly. 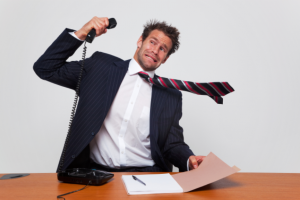 A typical day for someone with a phone?

I have even had someone tell me that she found it ‘aggressive’ to receive an unannounced phone call, and so from then on, I always message someone to find out first if it is ok to call, in this case, necessitating a pre-message so as not to be intrusive.

You will notice that a good proportion of people on public transport wear headphones—which may suggest a sign that they are not wanting to talk. Does this resonate with you?

The classical definition of ‘Glossophobia’ is ‘fear of public speaking’, but you will notice on a look back at my subtitle that I left out the work ‘public’.

The removal of ‘public’ is there to capture what seems to be happening now.  As so much communication is in the form of messages and even icons, there also seems to be an effect on our ability to speak to each other, not just the ‘usual’ of being uncomfortable with a stage and very large audience, but also the simple act of speaking to one another in private.

But there is good news! In schools around the UK, they are doing what we did not tend to have in school-days gone by – they  teach the children to stand and present in class on a regular basis.  This is also happening more and more in universities.

So perhaps we are just living through an era where a simple chat has been undervalued.

We can all do our bit to bring back the ol’ talking thing – so my suggestion for a New Year’s Resolution to you all is this: go and chat to a colleague instead of sending them an email.

Download a pdf of the article here: Afraid to talk