The Brexit negotiations have not gone well for either side, but especially for the UK. We seem to have gone crackers.

If we are to consider ourselves even half-baked professionals in the fields we claim to operate in, we cannot let this turbulent moment in time pass without commenting on a major event going on at this very time. Yes it’s the Brexit negotiation.

But I don’t want here to take sides, or even to try to explain the arguments that are whooshing around the UK and EU Parliaments. No, I want to see what we can all learn from observing a negotiation that has patently gone horribly wrong.

My starting point is the very close 52-48% vote in favour of the Brexiteers, on 23rd June 2016. It came after campaigns based on emotion and logic, with promises on both sides that we the ‘Voting Public’ have since realised were not really true. Whatever trust had previously existed in our leaders, it was seriously eroded. The initial idea of leaving the EU ‘smoothly’ was going to be nigh on impossible.

There were two main Brexit campaigns,  (Vote Leave and Leave.eu) and no clear description of what Brexit would mean.  PM Theresa May’s “Brexit means Brexit” was emphatic but did not really help people to grasp what the future held, and now that we do have an inkling, there seems to be a continuum of options between ‘Brexit in name only’ and ‘Full Brexit’, with various named comparative country deals, but with ‘+’ signs added  for tailoring, all lying somewhere along that line. 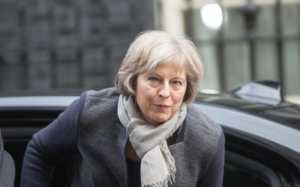 The lack of a single clear definition of the type of Brexit that was on offer (a simple summary tick-list would have helped the voters and the negotiation) behind the vote in 2016 has resulted in deep confusion and fog ever since, and made the UK PM’s job an impossible one.

Have an acceptable alternative

In any negotiation, you have to have a strong alternative plan, often called BATNA (Best Alternative To a Negotiated Agreement) that you are happy with. Indeed you should feel so happy that you go in to negotiate feeling good, strong, resilient and able to deal with whatever muck the other side might throw at you. This BATNA is usually to walk away (no deal) or walk towards an alternative partner and do a deal with them.

There were (and still are) suggestions that the UK could just leave with ‘no deal’ and start afresh from the position derived from the World Trade Organisation’s trade agreement. If I understand the WTO alternative correctly (it’s not easy to know this), it would mean the UK applying the same tariffs and taxes to all imports, wherever they come from, and that we would charge 0% in both cases, i.e. we would become a Free Trade state. Those against such a move compare it metaphorically to falling off a tall cliff.

The idea that the Brexit deal was going to be easy to settle was madness, as there was no time where the UK side had a clear or single idea about what they wanted.

The best outcomes are those commonly labelled ‘win-win’. (Ed. We find the notion that both sides can ‘win’ odd, but it is the industry lingo). There is another even better outcome, a ‘synergistic win-win’, which is most relevant where the two parties each have a problem to solve, where the parties can solve each other’s problems, and where they plan to have an ongoing relationship (as we have with UK-EU). The problem here is that the EU does not think it has a problem!

Lessons one and two: know clearly what you want and ensure you all agree what the best alternatives would be.

David Davis was not up to it

For Brexit we first put David Davis (our first of many called the ‘Secretary of State for Exiting the European Union’) in to bat with Michel Barnier. David turned up to his  first meeting with Barnier with no notes, and seemingly thought he and his team were round at Barnier’s place for a chat over tea. Barnier had prepared thoroughly and laid out some tough rules and timings with cold authority. Davis did not seem to have a clue how to respond. 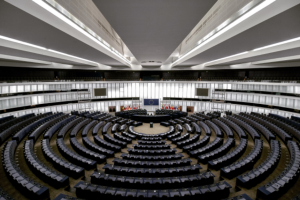 Davis resigned after 2 years in role over differences with May’s Chequers deal. We then got Dominic Raab (4 months), then Stephen Barclay. I can’t say how the newbies have done, we just have not seen much from them. What we do have is an exit bill [the European Union (Withdrawal) Act 2018) that was poorly negotiated, with terms agreed at the negotiating table that were not acceptable to Parliament.

So Theresa May seems to have taken over, pulling her bill with less than a day to go, after recognising it would be defeated. She raced back to Brussels only to be told ‘non’ in a very embarrassing public display of unity from the other EU members. We seem to have gone completely crackers.

Lesson three: Choose your best negotiators and ensure they know what they are allowed to negotiate.

Two years is not enough

The whole Brexit deal went wrong when Theresa May triggered Article 50 of the Lisbon Treaty on 29th March 2017. That was the day that the UK set a clock running against which they had to sprint,   over a two year timeline for the exit process. The EU Chief Negotiator, Michel Barnier, got an immediate advantage by dictating the stages in which the exit process would occur, and weirdly, the UK did not counter with any other plans.

We just have not given ourselves enough time (notwithstanding David Davis et al wasting it)  to negotiate such a big deal as Brexit. Michel Barnier laid out the timetable and we’ve stuck to it. But as with all negotiations, deadlines can be extended, and that may yet happen….

Part of the problem was that we set off at a glacial crawl, making no progress for months, and doing what so many parties do in the early stages of a negotiation, which is to spend time as if it was infinite. Now that we are in the last 100 or so days of the two-year negotiation period, time has become much more valuable, and there is a real sense of panic, leading to a whole host of stressed moves, such as pulling the vote, quickly followed by holding a Conservative Party leadership challenge. What a mess!

Lesson four: Set realistic timelines and deadlines against which you have to perform, and use all the time you have efficiently.

The (only) good news to us about these Brexit talks is that it’s a very public case study, so we can all learn masses about how to negotiate more sensibly.

Download a pdf of the article here: Crackers at Christmas