Don’t panic! Do not adjust your sets. Everything that follows will be in English, although the sentiment of the above quotation rings true in any language and across the many countries where GPB works. My past-imperfect schoolboy French translates it as: “Everything has already been said; but since nobody ever listens, we must always start over again”. André would certainly have advised you to pay attention to those “Herald Angels”.

Gide was described in his 1951 obituary2 as “France’s greatest contemporary man of letters”. He was considered an astute observer and commentator on the human condition. Think of him as a spirit-guide from Christmases past, for anybody interested in persuasive communication.

You may remember The Midland Bank referring to itself as “The Listening Bank”, back in the 1980s. Their strapline implied they were always listening and responding to their clients’ needs. They deployed an animated listening griffin to bring their positioning to life, long before Harry Potter and his chums arrived. Yet the truth is that The Midland probably didn’t listen quite  hard enough, didn’t heed Gide’s warning. Despite appearing to know how important the perception of Active Listening is,  in business relationships and rapport-building. 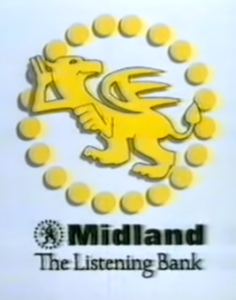 “Thanks for the history lesson, Des, but what can we truly learn, from a 1980s cartoon griffin and Gide’s century-old aphorism, that’s of value today?”

Well, it would be that the need to listen has always been vital, surviving changes of fashion in financial services, and indeed all, marketing. BD is a multi-faceted process, which relies on effective listening in many of its key phases – just like life in general. Effective communicators Actively Listen whenever possible. We simply cannot afford to be seen to be amongst the many who aren’t paying enough attention, who never truly, fully listen to others.

Do you, or your team, ever find yourselves having to “start over again”, after failing to land a potential new client or piece of incremental business?

Are you resigned to seeking out ever-increasing numbers of potential ‘leads’ for the top of your leaky prospects pipeline? If so, Gide (and GPB) might hold some helpful clues as to why. It’s impossible to quantify precisely how much time, energy and money is lost, every single day, by organisations ignoring Gide’s warning – but it’s a lot!

GPB’s research and observation have identified Active Listening as fundamental to every step of the BD process, from early researching of prospects and market trends through to the final negotiation. I could write at great length on its impact in many of the BD areas. No, please don’t groan at that prospect!

Suffice for now to say that if you aren’t already Actively Listening to your clients, then somebody else probably is. Meaning that unless you do deploy Active Listening too, you won’t optimise your potential to achieve that most desirable outcome: the status of long-term, trusted adviser.

Active Listening has powerful impact, for such a simple concept. So set aside any preconceptions and judgments, and instead pay full attention right up to the end of what’s being said. Don’t interrupt or argue, but do ask clarifying questions. Sometimes maybe paraphrase what you believe the speaker has said, in order to check and gain better understanding.

Eye-to-eye contact, nodding, plus other appropriate verbal and non-verbal communication signals can also be important components of Active Listening. These factors all give the speaker greater confidence that what they are saying is actually being valued and carefully considered by their audience.

After all, if you’re not fully engaged when present with your contacts (whether that’s face-to-face or on the ‘phone) then why should they fully engage with you, and share valuable information?

In the BD process, we typically listen primarily for information or for signals. We seek to understand and remember words accurately; just as we hope OUR audiences will do, when we ourselves are trying to communicate persuasively.

We also try to avoid the physiological barriers to Active Listening, such as hunger or tiredness. It’s important to ensure we’re well-rested and well-fed, whenever we think Active Listening  might be required. After all, If you’re feeling  “quanked”, “forswunk”, or “ramfeezled” (and no, those aren’t French words but some archaic3 British ones, meaning to be overcome with fatigue) then it’s tough to maintain your focus on Active Listening, and all too easy to be left “Bewitched, Bothered and Bewildered” – and dissatisfied with your outcomes. 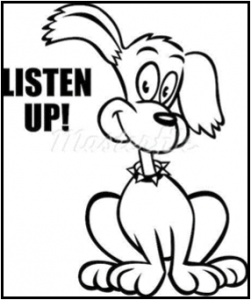 Effective communication relies upon a proactive, two-way process. Your BD skills need to be at least as good as your core discipline skills, or you won’t get the chance to prove you have those strong core skills. Active Listening is one of THE key factors in maximising your BD opportunities.

So, how about a New Year’s Resolution to do a lot more “Harking”, by which I mean doing a lot more Active Listening, in 2019? Just pay attention and really listen. Show you are listening by maintaining eye contact, nodding and replaying back the important parts of what you think you’ve just heard. How hard can that be?

And since it’s December, you could pass me some mulled wine and a turkey drumstick. On the basis of the improved rapport-building and incremental work you could now secure, by doing just these few simple things, you’re probably good for it! Joyeux Noël et Bonne Année!  — as your spirit-guide might be heard to say.

Download a pdf of the article here: Hark the Herald!