We see this difficulty every day in the current political climate, and many of us experience it regularly in the world of business.   There are numerous ideas out there to help you with this challenging task. In this article I will explore one such concept: “the anchor of persuasion” – a concept that helps you to structure what you say to give you the best chance of getting people to agree with you.

Jowett and O’Donnell (1992) first argued for the idea of the “anchor of persuasion”.  They claim that there are three ways in which a persuader attempts to influence someone: response shaping, response reinforcing or response changing.  Response shaping is similar to teaching someone something new, where the persuader is the instructor and the audience is the student. Response reinforcing works by reminding the audience of their existing attitude towards something (either positive or negative): this reinforcement elevates the strength of feeling they have and so adds further to the overall solidity of their position.  Finally, response changing occurs when a persuader asks their audience to switch from one belief, attitude or behaviour to another, e.g. from positive to negative (or vice versa) or from neutral to either positive or negative.  As you can imagine, response changing is the most difficult of these three types of persuasion.

So far, perhaps so obvious.  However, what may be less intuitive is the idea that your best chance of changing someone’s mind comes from firstly tapping into some of the beliefs or attitudes that they already hold. Finding key beliefs or an attitude in your audience with which you can agree is a valuable starting point.

The deep-rooted idea(s) already present is the “anchor of persuasion”.  It is the thing(s) that is least likely to change, and it will be used to tie down in your audience’s mind the new beliefs or behaviour that you are introducing in your persuasive case. 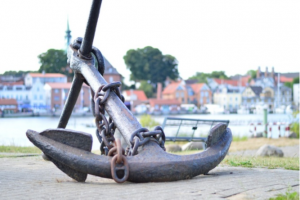 One major anchor to drop!

Lovely stuff in theory, but how might this work in practice?  Well, when you are pitching or selling, for example, you are likely attempting response changing.  That is, changing the response of your potential client or customer.  They may begin from the position of “I already have a provider” or “I don’t need a provider” or even “I want someone else to provide this”: you want them to arrive at “I want you to be my provider”. Here the temptation is often to jump straight into combatting the perceived existing ideas.  We have heard many a pitch that starts along these (simplified) lines: “You may think that you don’t need a new provider but let me tell you why you do…” or “We believe there are three key reasons why you should hire us”.

Yet, as Charteris-Black (2005 p.18) tells us, “Messages become more persuasive when they evoke things that are already known or at least familiar.” This makes a lot of sense.

The word “evoke” is important – the new ideas should remind us of what we already hold to be true. We are more persuaded by the arguments that are tied to what we already ‘know’ to be the case, as they are easier to accept.

The likely reason is that the new ideas seem to require a less substantial shift in our position; this reduces the impression in ourselves that we were wrong to hold those beliefs in the first place. 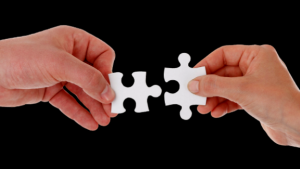 Make your pitch align with their beliefs

In the above instance, you could start your pitch with an alignment of other beliefs you know your audience feels (perhaps we could term this “dropping the anchor”), before fully anchoring what you understand to be the core belief of the client (in italics).

For example: “You already have a very good provider who has done an excellent job for you over the past two years. We believe they were highly suited to what you were attempting to do in the previous 24 months.  Yet all of us here agree that the next five years is a different ball game: these inevitable changes will require a different skill set. We want to explain why we are better suited to help you with the key challenges in the next stage of your growth.”

In this way, the new message (i.e. why the client should hire you) evokes the familiar argument already anchored, namely that the future will be different and need different skills.

Even in this short example it has surely become obvious that you need to know your audience’s beliefs in as much detail as possible.  Clearly, if the beliefs of this particular client are that their existing provider was abysmal or that change isn’t coming, then the above opening won’t help you!

It should also be clear that – as is so often the case – the best beliefs to tap into are emotional rather than intellectual.  Feeling is usually more impactful than thought; and the stronger the existing belief the more likely it will contribute to the formation of a new one.

Like so much of our advice, it turns hugely on KYC, knowing your client. The more you understand the real attitude of your client, the stronger position you are in to use it as an anchor to persuade them of something they are yet to be convinced of.

The anchor allows you to align yourself really well with your client, not merely in lip-service, but in their values, which are so important.

This is a hugely powerful position from which to persuade. As Jowett and O’Donnell succinctly remind us, “The persuader is a voice from without speaking the language of the audience’s voice within” (1992, p. 36).

Download a pdf of the article here: The Anchor of Persuasion