Epideictic was an early format taught in ancient rhetorical schools on how to construct certain forms of speeches.

One of the three main categories of rhetorical speech taught in classical Greece and Rome was the celebratory (epideictic) or ceremonial speech, i.e. one used to praise or blame something or someone. The other two were judicial and deliberative, with variations and changes in the names over the years (e.g. forensic, legal, advisory).

With this in mind, and in keeping with the lighthearted tradition of the Christmas SpeakUp! editions, I thought it would be fun to create a speech in praise of Mince Pies, loosely based on this early format taught in ancient rhetorical schools to boys learning how to construct such a speech.

There were countless rules, although once learnt, many accomplished and experienced orators just ignored or bent these rules.

The praise and blame motives explain why you might for example hear elements of the epideictic featured in a judicial speech: In ‘A New History of Classical Rhetoric’, scholar George A. Kennedy writes: “Quintilian says that Isocrates thought praise and blame were present in every form of oratory” (two eminent classical rhetoricians).

In Praise of the Mince Pie 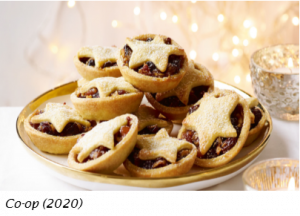 “Mince pies are peculiar to this time of year – and the British Isles. A sweet treat that can be enjoyed with a cup of tea, or coffee, a mid-morning or mid-afternoon snack, they are a regular feature of any Christmas feast or party. Indeed, their popularity is such, they even warrant their own Which? report!

Some form of mince pie has been around for several centuries, although the modern version of mincemeat, with fresh and dried fruits soaked in alcohol, seasoned with spices and large quantities of sugar, bears little resemblance to the medieval variety.

The earliest version seems to more closely resemble a cow pie eaten by Desperate Dan, a character in the comic ‘The Dandy’. In size at least.

Size wasn’t the only difference. The filling could contain shredded mutton, pork or other meat, seasoned with an array of dried fruits, nuts, spices and honey. The pastry we use in our smaller modern version (sweet short-crust or puff, depending on preference) is also world’s apart from the original flour and water combination.

According to English Heritage’s web site, the pastry casings of our original mince pies were known as ‘coffins’. Rather like the batter around our fish, and the crust of our Cornish pasties, these ‘coffins’ were there to protect the pie’s contents, and were not supposed to be eaten! 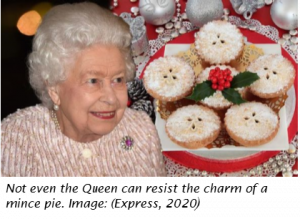 One similarity, though, seems to be that they were reserved for special religious festivals, such as Easter and Christmas. English Heritage1 states:

“As the pies were often baked in a rectangular shape, people began to associate them with the manger Jesus had laid in. Soon dough effigies of the baby Jesus were placed on top of the pies to reinforce the religious connection.”

It’s unclear exactly when the meat was dropped from the ‘mincemeat’ recipe, but one of the most famous 19th Century cookbooks, “Mrs Beeton’s Household Management” featured two recipes: one with meat, and one without. So it could have been soon after that.

Just as “The smell of that buttered toast simply spoke to Toad…” at the start of  Chapter 8 in Kenneth Grahame’s ‘The Wind in the Willows’, so the smell of a warmed mince pie inspires some to serve theirs with cream, ice cream, brandy butter or even custard. To some though, these pies are still an acquired taste. If you don’t have a sweet tooth, or aren’t a pastry fan, it’s a taste you’re unlikely to acquire. Mince pies either leave you cold or you should really eat them daily over the 12 days of Christmas, from 26th December to Epiphany (on 6th January), apparently.

According to The Daily Express online2, Her Majesty the Queen enjoys a mince pie or two at Christmas. You can find a link to the Queen’s (alleged) favourite recipe below, provided by HM’s pastry chef.  Alternatively, if you’re tempted by a meat version, I can give you a link to English Heritage’s historical version1.

According to a survey by Konditor and Cook published this time last year, Brits are set to eat almost 800 million mince pies during this festive period.

So whether you’re a fan of the modern mince pie or not, it’s clear that they are likely to be on our Christmas tables for several more centuries.”

You can check this speech against the structure recommended in the manual Rhetorica ad Herennium3 (published around 85BCE) using expolitio (the embellishment of an idea)  through a series of seven arguments:

3) Then (deinde) restate the subject a second time (dupliciter), with or without rationales (rationes),

7) Then (deinde) a conclusion (conclusion). 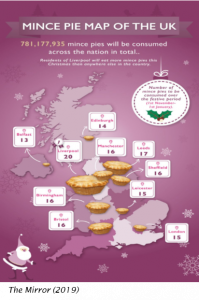 Like recipes for mince pies, the recommended structures for the many types of speech have evolved over the years. It’s  remarkable how many of these ‘rules’ are still relevant and apply, so as long as we know when to break or bend them to suit the tastes and values of a modern audience.