At this time of the year, when Christmas is fast upon us, millions of people continue to celebrate the birth of a religious leader that occurred more than two thousand years ago. Therefore, I have been musing on what for me are the essential characteristics of a great leader, not then but now, in the 21st Century.

I appreciate the pledge of newly-elected Labour party leader, Jeremy Corbyn, to bring a different kind of leadership to politics:

Jeremy Corbyn: “Kinder, more inclusive. Bottom up, not top down. In every community and workplace, not just at Westminster. Real debate, not message discipline. Straight talking. Honest.”

It’s certainly bold and whether it’s attainable or not is anybody’s guess, but I admire his spirit and find his sentiment inspiring and refreshing. Clearly, he represents something that resonates with many people in the UK; ’honest’ is not a word that springs to mind when we think about politics and its leaders in the UK!

Nor is it a word that we have associated with our ‘captains of industry’ in recent years: the banking sector has been particularly beleaguered in this regard. Let’s hope that newly-appointed ‘client guy’ CEO of Barclays, Jes Staley, can continue their change for the better.

After some high profile personnel changes in that role following the Libor scandal a few years ago, the behaviour of Staley and his peers in the financial sector will be under very close scrutiny.

It will be interesting to see if Corbyn keeps his word to be ‘collaborative, not adversarial’, as this claim is being challenged even by his own MPs. Certainly, this ability in our leaders is something that I think is essential in our constantly evolving world, led to a great extent by the extraordinary leaps in technology over the past 20 years.

Another key and sadly rare characteristic of a good leader is active listening. Katie Rae, Managing Director of Boston-based start-up accelerator TechStars, calls it ‘deep listening’. As a successful investor, and influential business leader, she feels it is one of the most important and useful leadership skills to learn.

Speaking to the magazine Fast Company, she said: ”As teams get bigger, I have to be very careful about the advice I give. If the founders ask me, I tell them my opinion, but as teams get bigger, the more I really have to listen.” And…”You lead with much more true confidence when you understand how people around you—whether they agree or disagree with your decision—will react.”

Which brings me to versatility, another key trait of a 21st Century leader. Some of you will have had your Social Styles assessment and observed how people with different styles interact and behave with each other in teams and departments. Versatility is a key component of Social Styles and has strong correlations with elements of emotional intelligence, as the table here shows:

Being versatile as a leader doesn’t mean that you blow with the wind. Nor do we want our business, political or community leaders to do so. On the contrary, it is more about knowing yourself and being aware of how others relate and react to you and vice versa. It’s also about generosity.

Most of us tend to respect those we perceive as leaders (and leaders can be in many levels of an organisation, community or government, not just those in positions of great power or authority) who have opinions and are able to act on them by making decisions.

However, being adaptable or versatile is about listening to the viewpoints of those around us and making the best decision for the whole rather than the individual or a select few. Being collaborative as Jes Staley is promising to be. A good leader empowers others rather than tries to control them. 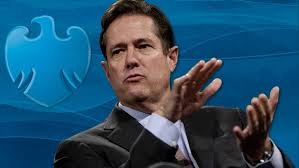 On the other side of the pond – and more than 20 years Corbyn’s junior – is Justin Trudeau, another newly-elected leader.

At 43 years of age, he’s the second-youngest Prime Minister in Canada’s history and the majority of his Cabinet is also under 50. Furthermore, they are ethnically diverse and, perhaps most remarkably, are split 50-50 (or I should say 15-15) male and female.

Speaking to reporters recently, shortly after he was sworn-in as Canada’s 23rd Prime Minister, he said “It’s important to be here before you today to present to Canada a Cabinet that looks like Canada”.

Asked to explain his gender parity promise, he answered: “Because it’s 2015.”

So a good leader has a certain intrinsic attitude and basic characteristics along with particular behaviours that can come in a variety of styles.

They don’t necessarily need to be the Expressive style or the Director style. Indeed they can be an Amiable or an Analytical person. What they all should share though are the following traits and behaviours:-

This list is of course not exhaustive. There are other traits and behaviours that make good leaders. These are the ones that inspire me and I think will be more and more apparent in those who choose, or are elected, to be 21st Century leaders.

Aspiring to adopt and master these behaviours is a New Year’s resolution that lights me up. I wish you all a joyful festive season and a prosperous 2016!