BATNA is an ugly acronym, perhaps conjuring up thoughts of some dubious foreign dish made of unknown ingredients. It is actually is an acronym developed by Harvard University’s Negotiation Project, and in particular work by Roger Fisher and William Ury, starting in 1981, and stands for: “Best Alternative to a Negotiated Agreement”. Harvard argues that planning your BATNA is a key part of phase one preparation of any negotiation.

In November, Daniel Finkelstein, wrote an article in The Times, a UK newspaper, about BATNA in relation to the UK’s exit from the European Union, commonly called BREXIT1. The general idea is simple enough: What happens if your negotiation fails to get the outcome(s) you want? What is the alternative, Plan B? 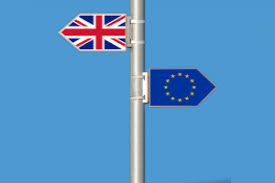 Finkelstein argues that Britain has a weak BATNA: No exit agreement would mean inter alia no trade deal, and although some argue that no deal is better than a bad deal, others are horrified at the prospect of arriving at a situation that would appear to harm all parties.

Finkelstein argues our position is so weak that the best BATNA is to play for time, although he acknowledges that the UK Prime Minister’s speech on 22nd September in Florence was an attempt to improve our position by using emollient words like “partners” instead of implied enemies, showing an appreciation of their position and that we would continue paying contributions for a period. I think Finkelstein is being a little pessimistic, as I can see other ways of improving our BATNA. I will come back to that.

The UK and EU: are they heading in different directions?

We believe that planning your BATNA is much more than “what is your Plan B?” It is a logical process before starting to negotiate, identifying a list of alternatives, should your negotiation break down. There may be a number of options, among which you must try to identify the best option and least worse option (they may be the same). Rank these by probability and do it for both sides. 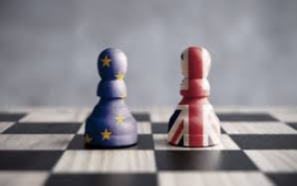 The next step is to see how you might improve your BATNA: In 1475, France’s Louis XI knew he could not defeat England’s strong army under Edward IV, so he negotiated to pay a substantial sum up front and an annuity for the rest of Edwards’s life (which turned out to be short, as he died in 1483). Louis bought the English off. He entertained the English army to 48 hours of eating, drinking and merry making. He even offered to get the Cardinal of Bourbon to forgive Edward’s future sins as he was committing them.

The English returned home, thus ending the 100 year war. Louis remarked: “I have chased the English out of France by force of meat pies and good wine instead of a long, protracted and costly war”.

He knew his BATNA! Could we do the same with BREXIT? Jean-Claude Juncker does enjoys a glass or two. Probably not.

So, seek ways – maybe with some lateral thinking – to improve your BATNA.

However, that’s not enough. As I’ve said, you need to also identify the other parties’ BATNA. In the case of BREXIT some of this may be easy to identify. But Britain is dealing with many voting states, and their BATNAs will differ. Have we worked out those differences? I think not.

The next step is to find ways of weakening their BATNA. We know that German car manufacturers will not want to resort to WTO rules when exporting their fine cars to Britain. In Poland their BATNA may well be more about defence and treatment of the many Poles who work in the UK.

If you consider that your BATNA is so weak that you are in a position that the other party can dictate terms, then you must create a different BATNA. Writing in Harvard Business Essentials: Negotiation2, Danny Ertel described how Colbún, Chile’s third largest producer of electricity managed to do this.

Colbún was at a severe disadvantage in negotiating leverage. Chile had to bargain for transmission capacity with the transmission arm of its main competitor who would, of course, have Colbún at its mercy and demand an exorbitant price. Colbún couldn’t therefore purchase such capacity, so decided to set about creating its own transmission line manufacture. Feasibility plans were made.

Construction contracts were put out to bid. This approach worked as the other side steadily reduced its price quote as Colbún’s BATNA progressed. I decided to try a bit of lateral thinking in response to Finkelstein’s view by writing a letter to The Times. To my surprise and pleasure it was published on 23rd October as shown below:

“Sir, We contribute 2 per cent of our GDP to defence compared with 1.2 per cent by Germany. Most countries are well below 2 percent, although eastern Europeans, Poland in particular, have increased spending where the threat from Russia is most felt.  We spend about £38 billion a year on defence . Supposing in our Brexit negotiations we offer to increase our spending on defence to 3 per cent, in place of a £10 billion or £20 billion payment, as part of the package?

This would shame those countries not pulling their weight but also be helpful to a German chancellor who might like to increase defence spending but lacks the support of the German population. It would also be warmly welcomed by eastern European countries and the U.S.  Such a move could be a win-win for all parties except Russia.”

The Harvard Business Review has a really useful set of tools covering many subjects. The BATNA checklist is amongst them. See https://hbr.org/businesstools

1 GPB’s website, gpb.eu, lists many new words. Click the link on the right side under Recent Press.