Respond well to questions - but how long have you got?

Several key factors work well together to help you give persuasive responses to questions.

A client asked me recently how long somebody should speak for, ideally.  She referenced an Adrian Chiles article which I’d already planned to reflect on, here. She wondered whether GPB endorses the view, summarised in the second part of Chiles’s title: ‘… talk for more than a minute and you’ve lost me’1. Chiles offers opinions on question-handling as well as optimal timings. So, after further reflection, I’ve outlined some GPB perspectives on both areas here.

Yes, we do have a recommendation on how long Persuasive Communication should last. We’re clear yet equivocal, contradicting Chiles’s very specific stance on maximum duration. We’ve found that, to be optimally persuasive, communication should last for as long as it needs to – but not a moment longer. It’s a principle that applies equally to media contact, question handling, public speaking, presentations, sales pitches and much more besides. 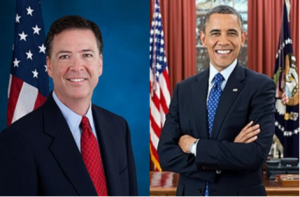 To evaluate how long we will need, we should first clarify exactly what we’re aiming to achieve.

What do we hope to communicate? To whom? In what setting? And under what circumstances? Based on our answers, we should then plan to deliver our objectives as concisely as possible.

Chiles cites a particularly successful radio interview he hosted (and includes a link2) offering a simple rule: ‘never talk for more than a minute in one go’. But we don’t think you should feel too constrained by his arbitrary time limit.

Chiles also makes the rather trite, generalised claim that ‘Less is always more.’ But that’s only true up to a point. If you prepare a pithy and powerful piece of persuasion and then remove one word, one phrase, or one sentence, would that reduction offer an automatic improvement? No, not necessarily! It might be detrimental.

Chiles warmly praises his star interviewee, former FBI director James Comey, primarily on the basis that he was ‘the easiest edit ever’, revealing more selfish motives besides just ‘the comprehension of listeners’.

‘It didn’t need any editing at all… as much to do with the length of Comey’s answers as what he was saying. Whatever the optimum length of answers is, our man nailed it.’ That last sentence suggests Chiles himself knows his one-minute limit is arbitrary. And even Comey isn’t entirely an adherent, impressively persuasive though he is. Always answering the question directly, he adds supportive, engaging evidence and  anecdotes. He takes as long as he needs to, but not a moment longer. Comey’s approach to ‘What he says’ is at least as vital as a time limit in his success.

While we would agree it’s good practice to make things as easy as possible for the media when dealing with them, there’s so much more to giving good answers than merely having an accurate mental stopwatch. GPB has a well-proven methodology for question-handling, whether you’re talking with clients, journalists or other stakeholders. How you respond to questions is often a decision-level criteria for audiences, when evaluating you and your message. So doing well here may give you a powerfully persuasive, competitive advantage.

Our methodology requires a bit of focus and practice. But the value it can unlock makes that practice and effort well worthwhile. I’ll summarise it here in its consecutive steps:

Interestingly, despite now being widely regarded as an excellent public speaker, Obama acknowledges that this was not always the case3. Like many people, he learned the hard way how best to persuade others with his spoken communication, especially when answering questions: ‘I was just plain wordy… If every argument had two sides, I usually came up with four… I’d provide footnotes. “You got an A on the quiz… No votes, though”… the moderator called time at least twice before I was done speaking’.

Chiles suggests his stated beliefs on the  ideal length of an answer may have been influenced by his earlier experiences on the BBC’s ‘One Show’, where even the biggest star guests ‘had no more than four minutes at most’.

Less ISN’T necessarily ‘always more’, but enough IS always enough. And Chiles shares an analogous observation that we can probably all learn from. He suggests you’ll rarely hear a church-goer say, “Y’know, I really wish that sermon had gone on longer”.

Equally though, they might well feel short-changed if sermons stopped arbitrarily, just 60 seconds in. Or if they failed, through undue brevity, to persuasively address important issues.