How the hell did this happen?

Antagonistic negotiations are usually very uncomfortable, but should be based on good faith

What have Prince Andrew, Donald Trump and Vladimir Putin got in common? You’d probably say ‘not much’, and at one level that’s right. But in one aspect, they are very similar as they have been negotiating hard this past year, using the ‘Antagonistic’ method.

We recognise two main approaches to negotiation: Antagonistic is one, and Synergistic is the other. In the former, the idea is to get the best result for yourselves, and the worst result for your counterparty. In the latter, the approach is to solve the problems for both parties, often by helping each other out.

Let’s look at each of my cases, Prince Andrew first. Oh dear. He seems to have thought he was good at media interviews despite the pleading of his advisers not do to one (see BBC’s Newsnight on 16 Nov 20191) and negotiating, viz trying for a settlement over the Virginia Roberts Giuffre case.

Analysing the negotiation, he does not seem to have had much power to negotiate with, a poor strategy, no tactics, and the Newsnight interview didn’t help. He kept on blustering but did at least keep his options open to the end. The ‘Power of Publicity’ and ‘that photo’ was used against him (from the very start). 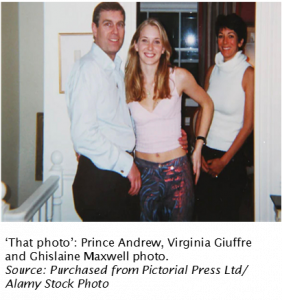 The case was settled out of court on 15th February 2022 for a reputed multi-million-pound (but undisclosed) sum, and no admission of guilt, but only after a lot of time, a ruined reputation, and lots of legal fees. Money finally traded for confidentiality and peace/settlement/closure/finality. The ‘Power of Time Elapsed’ was used by both sides. In the end, proving one’s innocence is almost impossible, and the available evidence was all against him. He got taken to the cleaners.

Donald Trump has written several books about negotiating and is seemingly very good at it. Whatever you think of his Presidency (not much, in my case) and his six filings for bankruptcies3, he is very skilful at using tactics and doing deals. For example, when met with media hostility, he took to social media to speak directly to his supporters, cutting out the intermediary; both unprecedented and un-Presidential.

He saw the election as a deal, and put his skills to work in winning it, just (and only by electoral college seats,  not by votes), despit 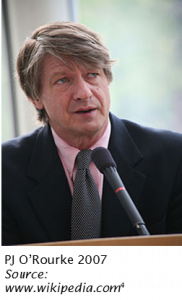 e being a no-hoper at the outset.

PJ O’Rourke, who died on 15th Feb 2022 (the same day that Prince Andrew settled), wrote about the 2016 Trump vs. Hillary Clinton campaign in his colourful book “How the hell did this happen?5. He comments that the election was ‘a series of singularities’ rather than any meaningful sequence of events. That may well be what Trump intended, although I am not sure that he ever expected actually to win.

When met with defeat in 2020, Trump first denied, then sued everyone, and when that failed, he asked his supporters to storm the Capitol, which they duly did on 6th Jan 2021. He’s since been cleared of the impeachment charge for causing that riot and is rumoured to want another go at playing, sorry being, President. 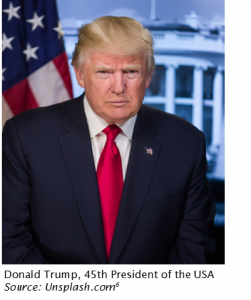 And so to the saddest event, Russia’s invasion of Ukraine. First, I want to share our thoughts with the Ukrainians who have been the pawns in such a violet crime. It is not fair, logical, reasonable or defensible, yet Putin has done it. The invasion may have started on 24th February, but the planning and preparations seem to go way back, perhaps even past Putin gigging as a taxi driver in St Petersburg. I am no political historian, but you can see how this all built up. A man leading a country whose image was severely dented by the demise of the USSR in 1991 wants greatness and power back for his nation7. NATO worked over the period 2004-2022 to bring various Adriatic states into the membership, aggravating Putin who saw this as a threat.

Temperatures rose, posturing started (e.g. NATO’s Black Sea manoeuvres in 2009 and Putin’s Southern border manoeuvres in 2019). Putin and his team tell a series of lies, and then this invasion/war/special manoeuvre starts.

In negotiating terms it seems that Ukraine is a pawn in a bigger and much longer negotiation between the West (NATO/USA) and Putin. But’s it’s also one done in bad faith where there is no honour, diplomacy. Just I win, you lose. Putin seems to have underestimated the Ukrainians and the West, but is still pursuing a deal for land.

What can we all learn for our own more mundane business negotiations?

First, such negotiations will be uncomfortable. You’re not there to be friends but to do a deal.

Second, despite that, negotiate in ‘good faith’. To us, this means with a legitimate aim, without the use of excessive force, and with integrity.

Third, prepare heavily before you start, and continue to analyse and review as you advance.

Fourth, pay special attention to where the Relative Powers lie, then map out your strategy and tactics to fit the power profile. For example: 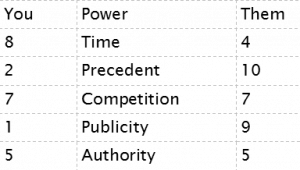